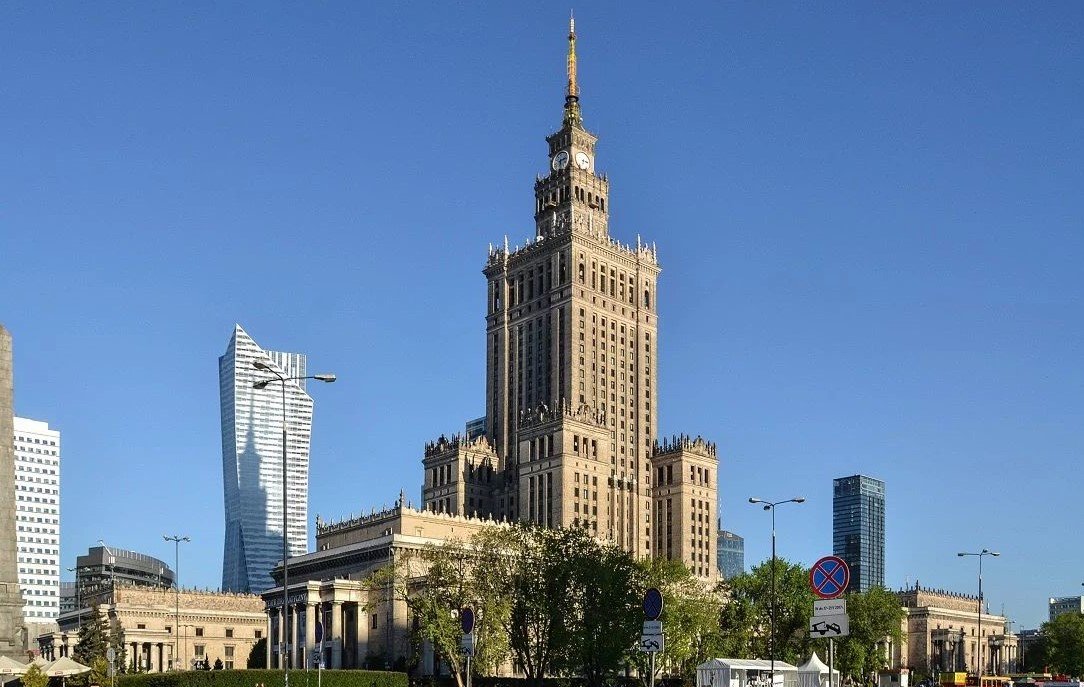 It is also enlisted in the Rejestry of Objects of Cultural Heritage since 2007. It houses many public as well as cultural institutions.

History of The Palace

The Soviet architect – Lev Rudnev designed the Palace. In 1952 the construction of the Palace started and lasted till 1955. Architecture of this building is related to several similar buildings built in the Soviet Union of the same era. The most notable one is the Main building of Moscow State University. However, Lev Rudnev added some details inspired by Polish architecture.

At the begining, people known the building as Joseph Stallin’s Palace of Culture and Science. However, after destalinization, Stalin name was removed.

In 2000, four 6.3 meters clock faces were added to the top of the Palace as the millennium celebrations. Then, Palace of Culture and Science was the tallest clock tower in the world! Nowadays, it is placed on the second position. NTT Docomo Yoyogi in Tokyo overtook its position.

In 2010, LED lights were added to the building. For that reason, the Palace of Culture and Science can take various colours at night.

Moreover, on the 30th floor is one of the most known tourist attractions in Warsaw! You will find there terrace with a panoramic view of the city.

Palace of Culture and Science Sightseeing

Inside the Palace you can find:

Opening Hours of The Palace

The viewing terrace is opened daily from 10 am to 8 pm.

Office where you can buy tickets is always opened during the same time.

There is also an option to visit terrace at night. You can do that on Fridays and Saturdays from May 1st to September 30th as well as 14th February and whole December.

Tickets to The Palace

Prices of the tickets to the Palace and terrace:

All the groups need to consist of more than 10 people.

Palace of Culture and Science Tours 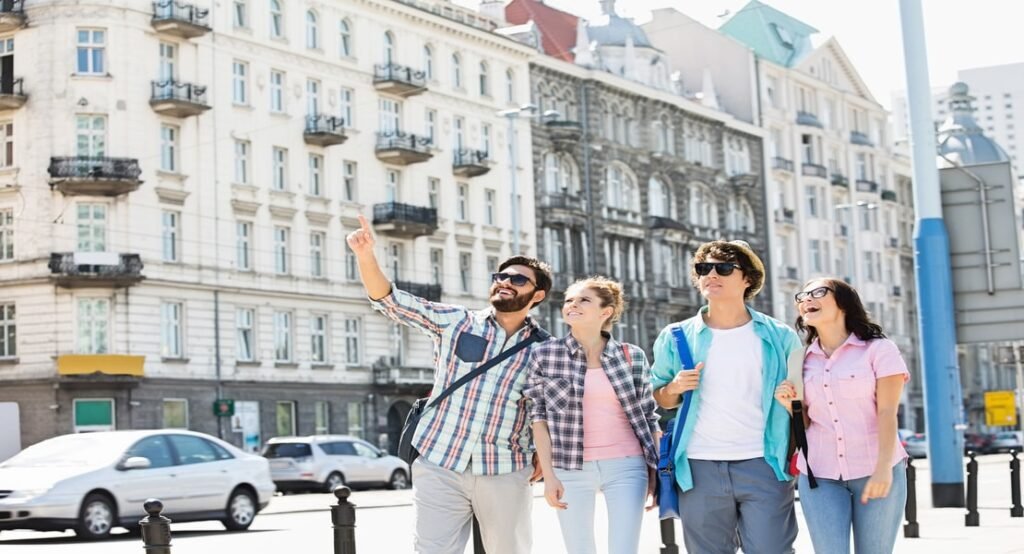 Join our Palace of Culture & Warsaw City Center Private tour and visit this amazing place! You will not only have private guide but also skip the line tickets!

Your local guide will take you to the terrace of Palace of Culture and Science. He will tell you history of PRL times in Poland. Later, he will show you places in Warsaw connected to the PRL times.